Prepare To Get Your Freak On – Horror Film Festival

We’d personally prefer thriller or comedy type of entertainment on the big screen but if you think Halloween finishes 11.59pm on the 31st October…think again.

From the 24th November right through to 4th December, Deadhouse Film is presenting a Night of Horror International Film Festival. Not exactly a night…more like a week of bone chillers across the country that hits Sydney during these dates. This is the 10th annual event and logically coincides with the Sydney Sci-Fi & Fantasy Film Festival and Fantastic Planet at Dendy Cinema, Newtown. The festival is running also in Canberra and Brisbane, with Dendy’s available also in these locations so if you want to follow the national tour, be our guest. 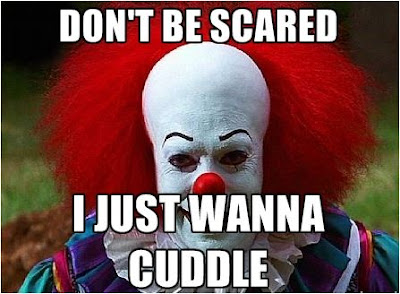 Showcasing the country’s leading independent genre cinema, there will be over 100 of the newest and spine curding cult, thriller, fantasy and horror movies. As most will be native or International premieres, expect the days to be Aussie dramatic by way of movie industry who’s who and hyped up media themes.

To further tap into your inner nightmares, expert the worst horror you can imagine combined with incredible special effects. So if you can calm your shaking hands once the credits roll up, you’re more than welcome to attend the Q&A sessions where the team behind the movies can fill in those pressing ‘how the heck did you do that?’ audience intrigue. You can also be involved in forums and the huge array of celebration parties.

Check the lineup of movies along with dates and times on Dendy’s website. But if you can’t wait until the third week of November, you can always turn up the blood pressure on Halloween night for ‘Rob Zombie’ movie. We’ve heard it’s hitting a new high on vein and artery splashing and for only $16.50 (rates vary for concessions), you can be there to check it out first hand. It’ll be starting at 9pm on the 31st and is a one night only event. With clowns currently being filmed all over the planet causing pranks, this film features kidnappers who have to survive 12 hours against a new wave of sadistic clowns. Not the type of cute ones we’ve seen socially active, but the ones with a sick grimace as they…. Oh, we’ll just leave it to you to finish that sentence, it’s already freaking us out.

Dendy’s is only 20 minutes by car (1.15 minutes by public transport) to Cremorne Point. The only shock you’ll experience to your system at Cremorne Point Manor is the sublime to the extreme: from experiencing throat slashing movies to now being in the tranquil, calm and serenity of our guest house overlooking the Harbour, with a glass of white (not red!) wine.
Posted by Mint Bridging at 11:30 AM No comments:

We're so excited to have Adriano Del Sal stay at Cremorne Point Manor this week. More information about his achievements:

Adriano Del Sal is one of the most significant classical guitar performers of recent years. His extraordinary musical talent, profound artistic sensibility (as his total technical control of the instrument), makes his performances truly unforgettable. Here's what an audience member recently wrote about him:

"Some concerts are pure magical - when an artist can play with exquisite mastery of their instrument, enchanting their packed audience of music lovers and creating the most sublime music... Last night I was fortunate in attending the inaugural concert of the new Professor of Guitar in Vienna, Austria, Adriano Del Sal. I arrived an hour early and was lucky. The room got completely packed, excitement filling the air. And then: what a beautiful program! What an amazing concert! Two delicious encores! What a superb pleasure!! Thank you so much, Adriano." 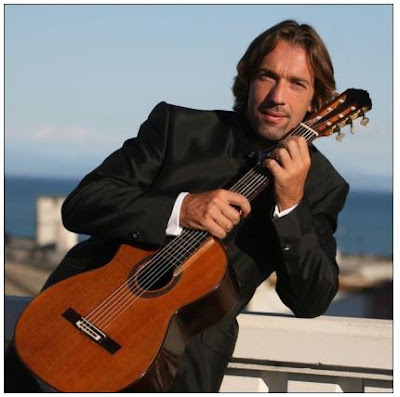 Born in 1977, he began studying the guitar with Stefano Viola at the J.Tomadini Conservatory of Udine where he graduated in 1999 with Guido Fichtner. At the same time, he attended the Francisco. Tarrega Academy of Pordone, furthering his studies with Stefano Viola and Paolo Pegoraro. He attended master classes with prominent concert artists such as David Russell, Manuel Barrueco, Stefano Grondona, Alberto Ponce, Angelo Gilardino and Carlo Marchione.

Adriano impressed the juries of important national & international contests, winning a total of 12 first prizes. Thanks to the winning of the international competition "Julian Arcas" of Almeria (Spain), he recorded his first solo CD for the Radio Nacional de Espana.

In 2004, he won first prize at the prestigious international competition Citta di Alessandria. Adriano is the winner of the historic Certemen F. Tarrega, Benicassim Spain (2009). His CD's are distributed by Naxos. Adriano has played at the most important international festivals in Italy, Germany, Mexico, Russia, Ukraine and Slovenia.

He is currently Professor, at the Universitat fur Musik und Darstellende Knust, Vienne, Austria.
Posted by Mint Bridging at 12:21 PM No comments:

Every year, the most famous ghost, Frederick Fisher, is recognised in the infamous Festival of Fisher’s Ghost event. Right back to 1956, this ghoulish festival takes place over 10 days including a huge street parade, the Fisher’s Ghost Art Award, annual Fisher’s Ghost Fun Run, a massive street fair including craft exhibitions and a finale of carnival fireworks.

Around four months after a local farmer (Fred Fisher), died in 1826 a very bizarre event took place at a local hotel. John Farley, a wealthy and well respected farmer, fell into the hotel in shock and claimed to have seen Fisher on the rail of a nearby creek bridge. The ghost pointed to the paddock down the creek and then vanished into thin air. Fisher’s body was then discovered in the paddock and he was buried in nearby St Peter’s Graveyard, with no headstone erected. 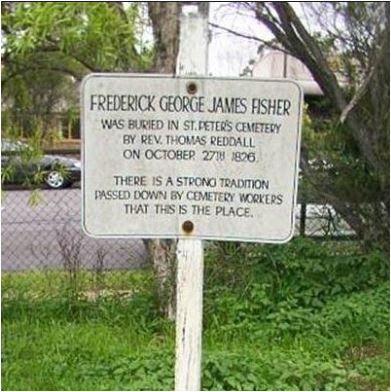 Preparing now to be spooked, in 1825, Fisher was born in London yet obtained forged banknotes (intentionally?) and was sentenced to Australia for 14 years. Seven years later, he applied for a ticket-of-leave and moved to Campbelltown. Fisher had an argument with a local carpenter and received a mild prison wrap on the wrists. He gave his farm’s power of attorney to a neighbour, George Worrall, yet when he was released, Fisher disappeared.  Worrall stated that Fisher returned to his native England but a few weeks later, Worrall sold Fisher’s assets. The town was dubious and eventually Worrall was arrested on suspicion of Fisher’s murder. Worrall finally confessed and he’s now buried overlooking Sydney Harbour by The Rocks.

To celebrate Fisher’s life and Farley discovering him, the festival features a grim night of zombies, paranormal characters and enough spine chilling fun for all the family. Not only has the event launched great young music careers through showcasing but attendees can also be a winner, with Fisher Ghost competitions galore. If you’re attending, remember to pile on the gory red war paint or come as a freaky spirit. Maybe you’ll be a headless farmer or scare yourself into the next town from the outdoor cinema screenings, with movies horrifying enough to raise your blood pressure.

Just over an hour’s drive or a bone curdling 1.45 minutes by public transport from Cremorne Point, you can either spend the full duration at the festival or if your eyes are popping, head back to Cremorne Point Manor for a reality reset. You can see the Harbour from our hotel and possibly will want to check out Worrall’s grave. Ask him a few questions and see if the ghost of George decides to show his cowardly face. Also take photos of the famous creek, tagging @CremorneManor if you manage to spot Fisher. If you’re going to be spooked, we may as well join you in the paranormal fun of afterlife mystery!
Posted by Mint Bridging at 1:23 PM No comments: