Already underway since 11th July, and running to the 2nd August, the Scandinavian Film Festival has hit NSW with an abundance of gravlax and meatballs. With one of the biggest exports from this continent, namely Abba, resulting into the fantastic Aussie based Muriel’s Wedding (if you’ve not seen it…then do so), the festival is already showing signs of being a corking great success.

Not only are you going to be seeing incredible films, but you can enjoy a few bites of native food along the way before the big screen airs each movie.  With some of the biggest icons to come out the continent, namely Ingmar Bergman, The Girl with the Dragon Tattoo and Oscar nominated & winning Nordic flicks, the standards this year are high.

If you love the films beyond standard proportions, the festival tours around the country so you can catch up next year from city to city, including Melbourne, Canberra and Brisbane. But if Sydney is your sole pit stop, expect to see festival Guest Charlotte Sieling along with movies such as A Hustler’s Diary and The King’s Choice. Ticket prices are $13.00 with concessions for seniors and multi film passes or group bookings for both participating hosts: Palace Norton Street and Palace Verona. 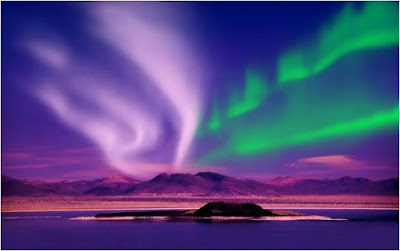 Want to know more about the continent? Then here are a few fun teasers. Did you know Sweden’s most popular souvenir is the ‘moose-crossing’ warning sign? The country has to replace thousands of these a year from the public permanently ‘borrowing’ them. Finland is comprised of 98,000 islands and has in excess of 188,000 lakes – even though the country’s called the Land of 1000 lakes. And if you’re having a birthday coming up, it’s Danish tradition to fly a flag outside to celebrate the momentum occasion. But if you’re turning 30 years old and still unmarried, expect pepper shakers as gifts: known as Pepperman for males and Peppermaid for females. What a lovely way to start your third decade by perpetual sneezing.

One sight to see is the Northern Lights, right across the northern tip of Scandinavia, Iceland, Greenland, Canada, Alaska and Siberia.  From protons and electrons streaming on the solar surface, hitting the Earth’s magnetic field, the results are visually breathtaking auras and are even visible from space, as they move south. With a final fact to freak out all the insomniacs: In Sweden from early May to the end of August, the country experiences virtual daylight with the sun rising at 3.40am and setting 10.02pm at the July peak. But in winter, namely at the January crux, the sun rises 8.47pm and horrifyingly sets at 2.55pm which is why residents experiences huge flurries of SAD (seasonal affective disorder).

But if you’re coming to Sydney and looking for a warm winter with a view that radiates around normal daylight hours, then Cremorne Point Manor’s balcony is the winning ticket. It’s like watching a movie of the Harbour skyline for hours. And when you book through our site, a complimentary breakfast is included…pepper is optional.
Posted by Mint Bridging at 2:08 PM No comments:

Not A Pint Sized Event at Taronga Center

For the first time ever, on the 22 and 23 July, the Zoo Brew comes to Taronga Center, right next to the zoo. With over 25 breweries pouring from the barrel, they include Gold Coast’s Balter, Canberra’s BentSpoke and New Zealand’s Monteith. Obviously, there will be a multitude of local breweries including Lord Nelson and Young Henrys.

For the kick off on the 21 July, there will be a special five course beer-infused dinner, with the menu prepared by the host’s center’s globally renowned chefs. Tickets are available in advance but also at the gate (if not sold out already) for the non dinner events. Two sessions run daily from 11.30am to 3.30pm and after a mild breather, the second is from 4pm to 8pm. General admission tickets are $40 which includes a glass tasting cup, 10 sample tickets and 50% discounted zoo entry. If you’re the clean and sober nominee, the designated driver cost is $20 which includes free parking, bottomless soft drinks and again, 50% discounted zoo entry tickets.

The sessions feature a ‘Meet the Brewer’ talk so you can learn more about how these hand crafted beers are made. Alternatively, mosey around the event, chat with the 20+ breweries and then head to the zoo so you can monkey around. 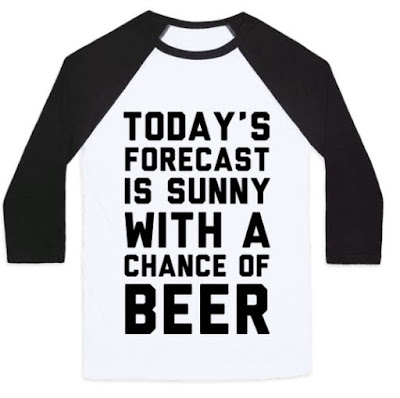 Now back to the Friday night dinner. It’ll be taking place from 7pm to 10pm, tickets are an eye watering $150 per person but….remember, it’s a five course slap up event and you’ll be entertained by guest chefs on the inspiration behind each dish. And when this potentially annual event becomes larger than Glastonbury levels, you can say you were right there at the beginning. Something to cross off that bucket wish list!

Obviously you’ll need to be over 18 years old to attend the Zoo Brew so bring your ID on the day(s) you’re going. And come evening, when you’re beer’d up to the brim, you can bounce on a ferry ride and within a few minutes, be at Cremorne Point. We’re a hop, skip and water jump away from Taronga Center which makes life a breeze, instead of schlepping right back to the Harbour and trudging back to your downtown hotel.

And for $40 for a session, not only will you have kept your checks & balances intact, but our affordable hotel won’t break your bank. Pop yourself in a chair on our balcony, crack open one of the hand crafted beers you purchased at Zoo Brew and if you listen closely, you may hear the lions roar at the zoo. They entertained you earlier and now they’ll set you to sleep – flexible creatures they are.
Posted by Mint Bridging at 1:17 PM No comments: