A review by Sydney Blogger, Seana Smith. of the walk around Cremorne Point. It's a great run down of what's in the local area and how child friendly Cremorne Point is and it's walks

Posted by Unknown at 7:00 PM No comments:

Installed the last of the Air Conditioners

Now every room at the manor has Air Conditioning (thanks To David and the gang At Southern Cross Climate Control). The last 8 Annexe rooms didn't have AC until now. but fortunately to coincide with the astounding heat we've been having all rooms are now cool and chilled. Also on an environmental aspect. these new AC units are the most efficient and quiet on the market. which also helps in winter as they are much more efficient than the old electric fan's we used to use.

While the rooms won't be as cold as the Ice Hotel. they will be cool this summer! Posted by Unknown at 1:25 PM No comments:

Weddings both Real and imagined

The Cremorne Point Manor is a wonderful Spot to stay before your wedding, during or even after.
However next week we are lucky enough to host a Photographic shoot. Where professional Photographer Kate Branch Will be working with a number of models, makeup artist wedding dress designer and sundry. To create an imagined wedding (or 3) for wedding magazines. It should be fun having so many professionals working in the same space at the hotel 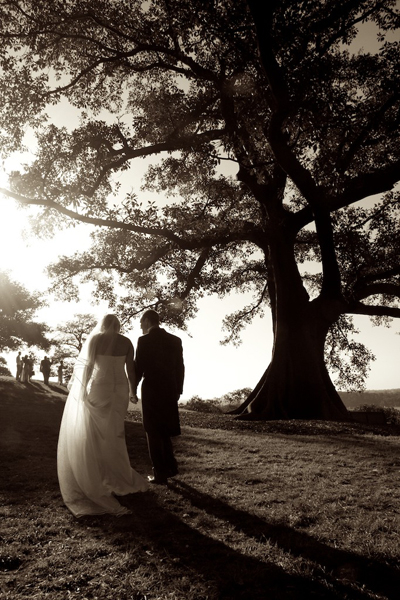 Posted by Unknown at 7:42 PM No comments:

These photos were taken by a guest, Mr Michael Halliday who very generously offered to let us use them on our blog. They were taken from the rear fire escape landing at the hotel. (which technically isn't meant to be used except in an emergency) however the photo's are superb. Thank you Michael. They are amazing shots. 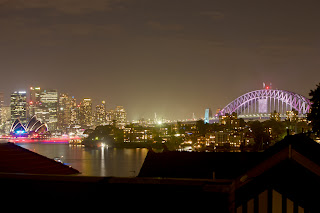 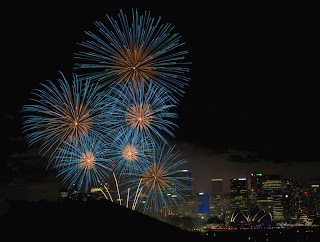 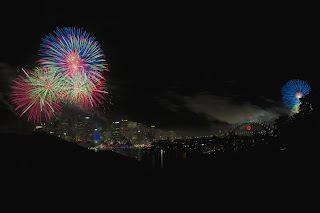 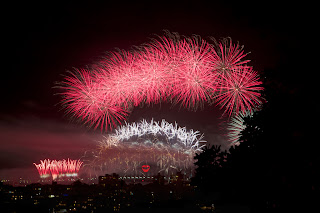 Posted by Unknown at 9:07 PM No comments:


Cremorne Point is one of the most prized locations to view the Sydney Fireworks and the following video shows why. They block off the point mid afternoon and there is no Alcohol allowed. (except of course for guests of the Cremorne Point Manor). Have a look at one of the best things Sydney has to offer:
Posted by Unknown at 7:17 PM No comments:

Cremorne Point listed as one of Sydney's best secret walks

In today's Sydney Morning Herald. They list the Cremorne to Balmoral walk as one of sydney's best kept secrets. It's not a secret to the Cremorne Manor and it's guests. We are placed just steps from the start of the walk. Click here to go to the SMH website. I also like the description of Cremorne point being the 1880's equivalent of a rave party. Not much like that now I must say:

Mosman Foreshore
In 2006, the navy opened up the grounds of HMAS Penguin, allowing the completion of the walk from Chowder Bay across Georges Heights to Middle Head, and down to Balmoral beach.
It is now possible to walk all the way from Cremorne to the Spit, mostly on bush tracks.
The trail stretches for 10 kilometres and takes in some of the most stunning vantage points for Sydney Harbour. But as local author Claire Mitchell details in her new book about the walk,Mosman Meanders and Foreshore Flavours, there is much more to the walk than just heart-stopping vistas.
Mosman might be home to lawyers and bankers these days, but in the 1860s it drew a more bohemian crowd. From the early 1860s, several pleasure grounds were established on the foreshore of Mosman that attracted big weekend crowds. They arrived by boat at dusk to dance, drink and stroll through themed walks, ride carousels, or play skittles and other games.
The first of these was at Cremorne Point and by all accounts its "Ball Masques", illuminated by 5000 lamps and Chinese lanterns, were spectacular. But, by 1862, the event had turned into the Victorian equivalent of a rave party, judging by the description in the Herald:
"Its Ball Masque by moonlight were scenes of licence and vulgarity – the larrikin element too much to the fore."
Fairyland at Clifton Gardens, the most popular, opened in 1863 and Balmoral Gardens boasted a 24-metre roofed dance floor.
Posted by Unknown at 7:03 PM No comments: