Hail To All Fathers Early September

On the 3rd September, it’s the day that dads (and father figures) across the nation are pampered from dawn and over the consecutive 18 hours. Tracing the back the history of this day, it originated in Spokane, Washington (U.S.) in 1910 by Sonora Smart Dodd. Her dad, the Civil War veteran (William Jackson Smart) raised his six kids and Sonora rightfully felt that William required a day of honoring and celebrating. This was based on the idea popping into her head while she listened to a Mother’s Day sermon in church, the previous year.

Sonora felt mothers were getting all the praise with their own celebrated day…but why not her father? Too right Sonora! Her dad was quite a character. William was a war vet, as we already mentioned, and a widower when his wife died during her sixth child birth. Raising the rugrats all by himself was obviously a huge ordeal. So Sonora decided to pay homage to him, and all dads with her brainwave. Originally, the national date was to be the 5th June (the anniversary of William’s death) but other folks were disorganized and it moved to the third Sunday in June. Now, around the world, countries celebrate Dad’s Day on different, scheduled dates but the foundation purpose always remains intact: it’s all about him! 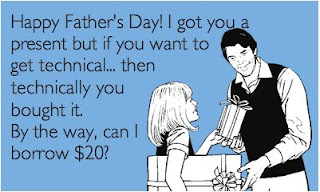 Then again, there are a few conflicts about the above story, with a second explanation rearing its head. It’s been told that in Fairmont, West Virginia on 5th July 1908, Grace Golden Clayton had a revelation. She suggested to her local minister (Methodist church) that they hold a celebration service of the 361 fathers killed in a mine explosion.

Regardless of whether Grace or Sonora initiated this concept, in 1924, it was proposed that Dad’s Day became a national holiday…but this unofficial suggestion fell by the wayside. By the time Lyndon B. Johnson rose to presidential power, in 1966 he created an executive order to make it official. Even though stamped and sealed, it took another six years for Nixon’s administration to officially recognise it. That’s politics for you.

On the first Sunday each September, Aussies bow down to dads and father figures, adore them with excessive BBQ food and drag them to the beach or park. From all of us, to all those amazing dads, if it gets too much and you need a break, you can always swing by our hotel, stare at the Sydney skyline from Cremorne Point and be thankful those kids are in your life. They may drive you nuts but wouldn’t life be dull without them!
Posted by Mint Bridging at 3:16 PM No comments:

Come to Sydney and then Get Lost

You’ve travelled to Sydney, checked into your room at our Cremorne Point hotel and have the usual suspect attractions on your excursion radar. Before you start the obvious sightseeing, we highly suggest you get lost! It could be the most fun adventure you’ve taken and it’s not an idea solely for tourists. Sydneysiders regularly attempt this feat and it’s why they love living in this city. The Botanical Gardens, Opera House and Luna Park will still be there once you’re done but for half a day, enjoy taking a different type of adventure with Urban Hunt.

Remember when you were a kid and enjoyed car rallies or scavenger hunts? Well this is along the same theme, just a tad more up to date. Teams compete to solve clues through Facebook messenger and the ones that win, are the ones that finish in the fastest time possible. The Urban Hunt’s objective is to ensure you absolutely veer off the beaten track and along the way, you’ll find amazing hidden gem spots right in the heart of Sydney.

Even if you’re a couple or individual on vacation and want to join a team, you can do this. Or you’re on a mass family and friend’s group trip, so simply divide into groups of four and you’re ready to rumble. Seeing Sydney in a completely different light is going to be right up your alley - and you may just end up down a few of these. Be competitive or take your time, either way you’ll reach the end line eventually. 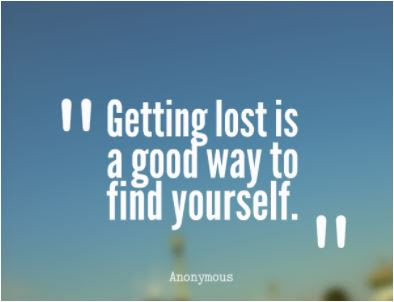 All you need is to get started is set up a Hunt in your Facebook messenger and follow the instructions. Alternatively, you can view the web version of planned trails, click the ones that grab your attention and off you stroll (or gallop). On any given Hunt, there may be up to 10 teams wandering around the city, with the person setting up the Hunt as the organiser. They own the pure power (magic wand may be included) and they decide when the Hunt commences. Now you may mosey around the trails and not step up your brain game during the scavenger, but it’ll cost you. There are rules in this Hunt including penalty points for answering questions incorrectly, skipping answers or asking for hints from others.

The Hunt organisers suggest you stop for a break mid stream and also take advantage of discounted deals at local food joints they’ve set up deals with. Additionally, since the cost to take part in the hunt is $25 per team, they’re open to you taking a free test run to try before you buy. For those with credit card trigger happy fingers, some of the sponsored trails can increase to $50, depending if you’re in a super adventurous mood.

There’s no nicer way to tour Sydney than on foot, scrambling for clues, walking right into off the beaten path and stumbling over some hidden stairs that could take you to Narnia (or the next street).  When you’re all walked out, come back to our hotel and tell us which sneaky streets you pottered down. Maybe you’ll teach us a thing or two about our city.
Posted by Mint Bridging at 12:23 PM No comments:

The Jam sang it and we’re now writing about it. From the 14th to 17th September, the Sydney Underground Film Festival (SUFF) takes place at the Factory Theatre. The program reveal party is free, taking place August 9th from 7.00 – 10.00pm so be sure to sign up as space is limited. But if you’re not in town or unavailable for this, then you must grab your early bird festival pass going at the cracking rate of $95 for the September curtain call. This is a full festival Wonka golden ticket price, where as the later prices will jump up by $50 for late purchases.

SUFF will be holding over 100 movies during these three days alongside Q&A’s with the audience and movie experts, a master class and obviously the obligatory opening & closing parties. For budding Spielberg’s, you can take the workshops and learn how to make it on the big screen, or just enjoy learning something new about an industry that’s synonymous with blockbusters.

The line up’s still work in progress but be prepared to hob-nob with industry movers and shakers, while sitting back with popcorn and listening to guest speakers. Now even though we touched on the blockbuster topic, the SUFF is purely designed to provide newer film makers with a way to exhibit and promote their art. It’s a brilliant platform to network, expose your hidden behind or front of scene talents and gain positive, critical responses. And you never know; if you’re the next Matt Damon, you may bump into your next Ben Affleck and make cinematographic history. 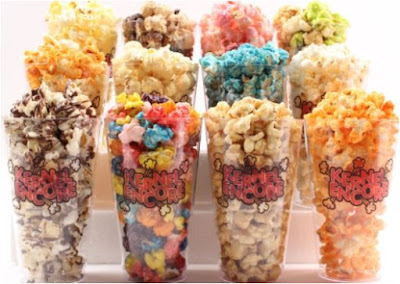 Going since 2007, the SUFF will also be handing out awards for various categories including Innovation Narrative and Taboo Film. If you’re expecting to see Disney style flicks, this is not the event for you. But if unique, artistic and boundary-breaking cinema is what makes you wake up every day, then absolutely get your early bird ticket.

Only 35 minutes by car or 50 minutes by public transport (including a breezy ferry ride across the Harbour), you’ll be back at our place. With our stunning Sydney boutique hotel, Cremorne Point Manor, just begging you to rest your weary head after movie overloading, we have created the perfect ending. Imagine this: You’re chilling on our guest-only balcony, glass of wine in hand watching the downtown skyline listening to nearby Taronga Zoo lions roar. The End!
Posted by Mint Bridging at 3:18 PM No comments: