We have soo many weddings and everyone Comments on how romantic the hotel is. I have had a couple of new websites created Romantic Sydney Hotels and Romantic Sydney Hotel they are designed to help us show up when people search for romantic hotels in sydney. Tell me what you think.
Posted by Unknown at 1:04 PM No comments:

Yes in an effort to provide information to a new segment of our customers, we have had our video dubbed into Chinese. While we don't have many customers from mainland china, it's a sector which we are trying to establish ourselves. I have been many times and love China and hope that while the Cremorne Manor is very different to anything I've ever seen in china. It is something that may be of interest to chinese travellers who are looking for something a little more exciting than a standard chain hotel.

If you are interested Here is the link to the video in Chinese
Posted by Unknown at 8:24 PM No comments:

While a picture is worth a thousand words, a video is worth much more, Especially when people are looking to find out about a  travel destination or accommodation. We wanted to create a little promo video of the Manor, Therefore we enlisted the Services of Kelly Brooks, who is both a talented musician, and video producer. Kelly was able to capture the feel of Cremorne Point and the manor in a wonderful 3 minute video. I hope you like it.

Please check the QANTAS website or media outlets due to the current shutdown of the airline.

Posted by Unknown at 6:32 PM No comments:

While this doesn't directly affect the hotel. this is a brilliant activity one can do from Sydney Harbour. The Sydney Heritage fleet offers sailing days on some of their old ships the most famous being the James Craig.
This makes for one amazing activity a day sailing a real tall ship. Below is some infor I've found on their website and  video:
The barque James Craig was built by Bartram, Haswell & Co. in Sunderland, England in 1874. Originally named Clan Macleod, her maiden voyage was to Peru.

For 26 years she plied the trade routes of the world carrying general cargoes during which period she rounded Cape Horn 23 times. In 1900 she was purchased by Mr J J Craig of Auckland and was used on trans-Tasman trade routes as a general cargo carrier. In 1905 she was re-named James Craig and then a short six years later, in 1911, she was laid up because increasing competition from steam ships made sailing vessels uneconomical. She was then stripped and used as a copra hulk in New Guinea. After the First World War there was an acute shortage of cargo ships. This gave James Craig a new lease of life after being towed from New Guinea to Sydney for re-fitting.
Her return to service was brief because in 1925 she was reduced to a coal hulk at Recherche Bay, Tasmania. In 1932 she was abandoned and became beached after breaking her moorings in a storm. She remained beached until 1972 when volunteers from the Sydney Heritage Fleet re-floated her. In 1973 she was towed to Hobart where temporary repairs were carried out. She was towed to Sydney in 1981 and restoration work commenced. The James Craig's restored hull was re-launched in February 1997.

beached and abandoned . . .
Off Sydney Heads, on a glorious summer day in February 2001, she hoisted all her 21 sails for the first time in nearly 80 years and is now fully operational.
James Craig is berthed at Wharf 7 Pyrmont and is open to the public for guided tours from 10:00am to 4:00pm daily.
James Craig sails most weekends, either on Saturday or Sunday (see What's On When for dates). These cruises are open to the public and small groups. The vessel carries 80 passengers at sea and 200 in the harbour. Bookings can be made through the Fleet's highly secure online shop, or by phoning the Fleet on 02 9298 3888.
She is also available for charter; either for a cruise on the open sea under sail, under power in Sydney Harbour or simply tied up alongside her berth.
For further charter information, or to make a charter reservation, contact the Marketing and Events Manager on 02 9298 3868 or email sedwards@shf.org.au
Posted by Unknown at 7:25 PM No comments:

Posted by Unknown at 2:17 PM No comments:

We're not affiliated with these people, however they have a good video of some of the best things to see and do around sydney.
Posted by Unknown at 10:08 PM No comments:

For something fun to do today. Check out the Crows nest festival. Just ask at the front desk for directions. It's a large spring fair with all the usual entertainment food and shopping.

Posted by Unknown at 2:35 PM No comments:

- Posted using BlogPress from my iPhone

A free upgrade for keeping up with technology


- Posted using BlogPress from my iPhone

Posted by Unknown at 3:37 PM No comments:

Just around the corner Free Penthouses (if you are a chimpanzee)

Taronga zoo, which is just nearby to the hotel has just opened their new monkey penthouses with water views. Now like most sydneysiders a water view penthouse is high on everyone's list. Some just get it for free. ABC News
Posted by Unknown at 11:16 PM No comments:

Mistakes of someone without a baby

In a prior post, I mistakenly mentioned that installing an elevator in a 100 year old building is harder than having a baby. I will now say how wrong I was. My beautiful wife, last week gave birth to our baby girl. (Sophia) and while it's the most exciting and wonderful thing I've ever been part of. Now only 1 week into this lifetime venture I am realising there is little harder than having a baby and caring for one. I've got tremendous respect for my wife (and my mother), well all mothers actually. As this makes what I do for a living seem very easy. I've included a little photo of the princess. 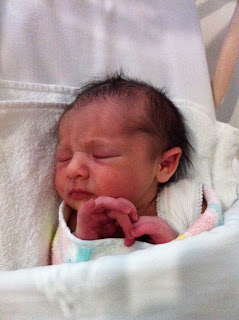