We featured a blog post a few weeks ago that touched on Mardi Gras but we’d like to dedicate a whole post to this incredible festival. From the 9th February to 1st March, the whole of Sydney grabs their LGBT rainbow hot pants, t-shirts and flags to celebrate equality. Millions of visitors from around the country and the globe head to the city to bond, reunite, make new lifelong friends and dance until their feather boas shake with pride.


Alongside the parade and a multitude of colourful parties, there’s also the Sydney Mardi Gras Harbor Party on the 22nd February and the finale showdown on the 1st March.


On the 9th February for launch day, there’s a big festival in Victoria Park that cannot be missed.  You can bring picnics, hang out with friends and family, parade your dog wearing a pink bandana and let your kids gallop around on a multitude of entertaining rides.


On the 22nd February, at the Royal Botanic Gardens, get your groove on and dance right through the night to world class DJ’s and performers. This is a big extravaganza so if you’re glamming up the wardrobe, maybe wear sneakers so you can last the evening without sore feet. It’s a simple tip but well worth noting!


Since the Gardens are situated near the famous Harbour, if you’re looking for an affordable hotel in Sydney during the festival, remember that Cremorne Point Manor is just a five minute hop, skip and jump away by ferry from the Harbour. So you can enjoy the best of both the hype of the festival and the tranquility at the Manor, just across the water.


Finishing off with a mass flurry of parties, parades and more dancing on the 1st March right through to the next day, if you’ve survived the largest LGBT party in the Southern Hemisphere, we take off our rainbow hats to you. Well done! 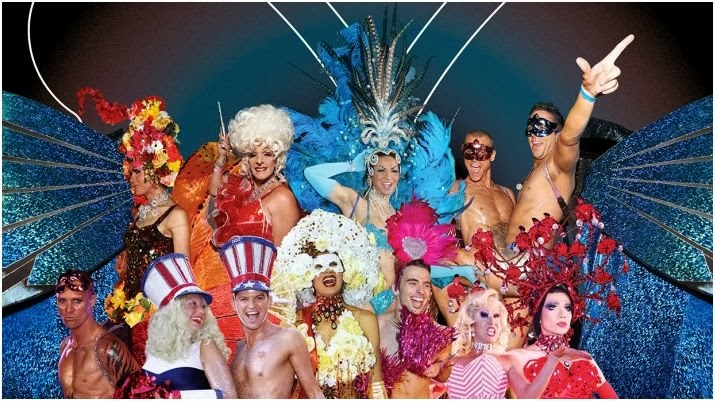 Posted by Mint Bridging at 6:23 PM No comments:

Get Fit with the Annual Sun Run

On the 1st February, Sydney sprints into action…literally. The Summer Fun Run takes the city by storm with thousands of joggers and sprinters on the 6.74km run. They race by Dee Why and Manly Bay and this year, they’ve added a new 10km course. This will spin runners around the Northern Beaches and a sure bet to burn off those extra Christmas calories that just didn’t melt away this month.


The beauty of the run is that it’s geared towards expert runners, joggers and the few that would rather walk the course, in a more relaxed fashion.


If you’re looking to be a budding 2014 philanthroper, there are over 800 charities you can raise funds for. Have friends and family donate towards your cause and when you reach the finishing line, everyone’s a winner.


Teams have raised over $6500 and individuals around $2500 so everyone really get into the fundraising and galloping race for the 1st of next month.


The views are incredible and there are a multitude of major cheering points to keep the runners adrenaline at top notch. These include Queenscliff Beach, South Curl Curl and Manly Life Saving Club to clap at the finish line and pat backs with runners (located at Wentworth Street).


So if you're visiting and looking for an affordable Sydney hotel, naturally Cremorne Point’s low rates are at the ready. Only a short ferry ride to the Harbour and an 18 minute drive to Manly Bay, you’re already near the action.

Posted by Mint Bridging at 7:17 PM No comments:

Our Lovely New Colours. The blues no more

I must admit that I think it was a colour blind, heritage architect that decided on  the blue facade. but now it's all gone and we have our lovely new colours. What do you think? 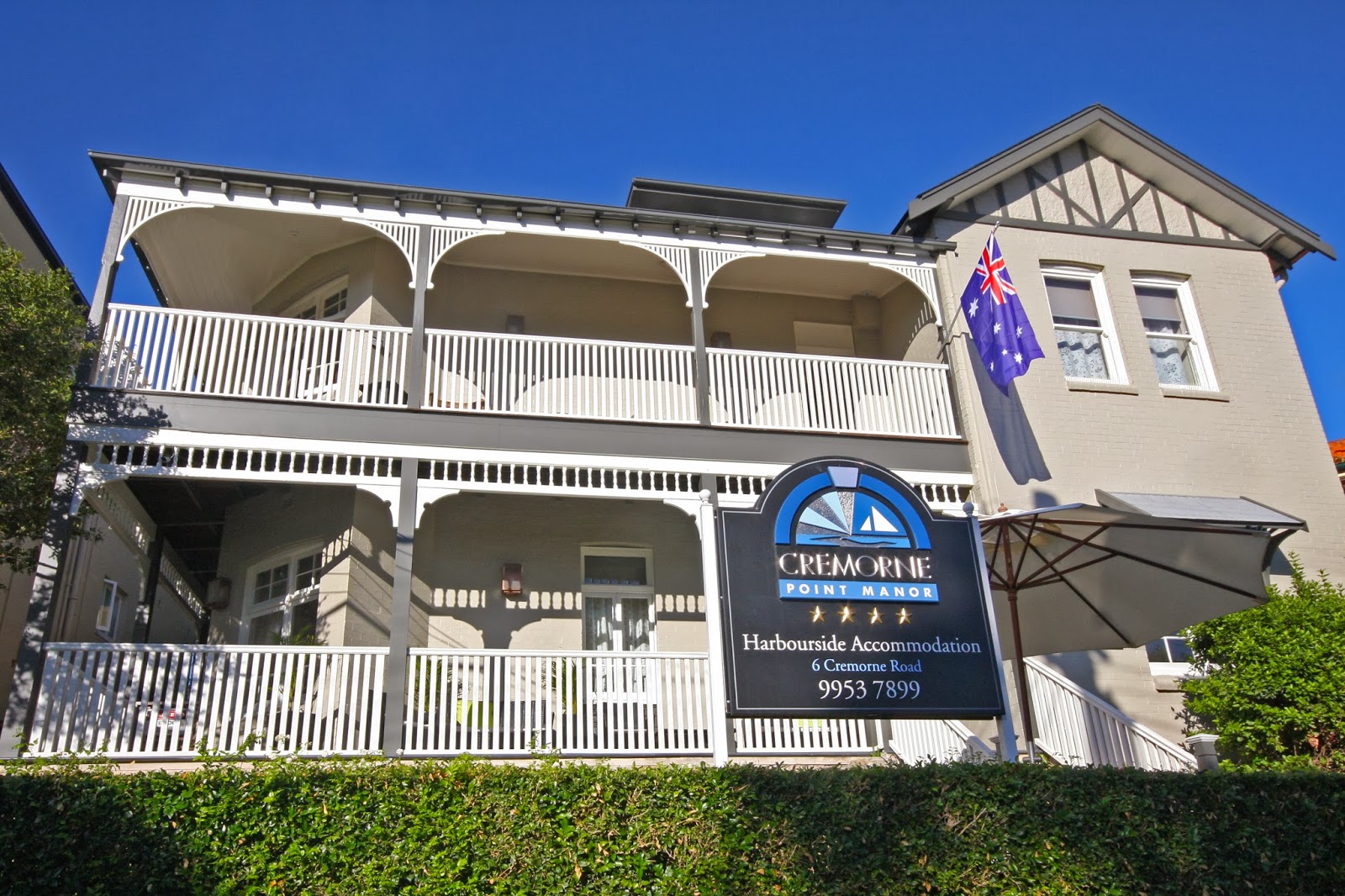 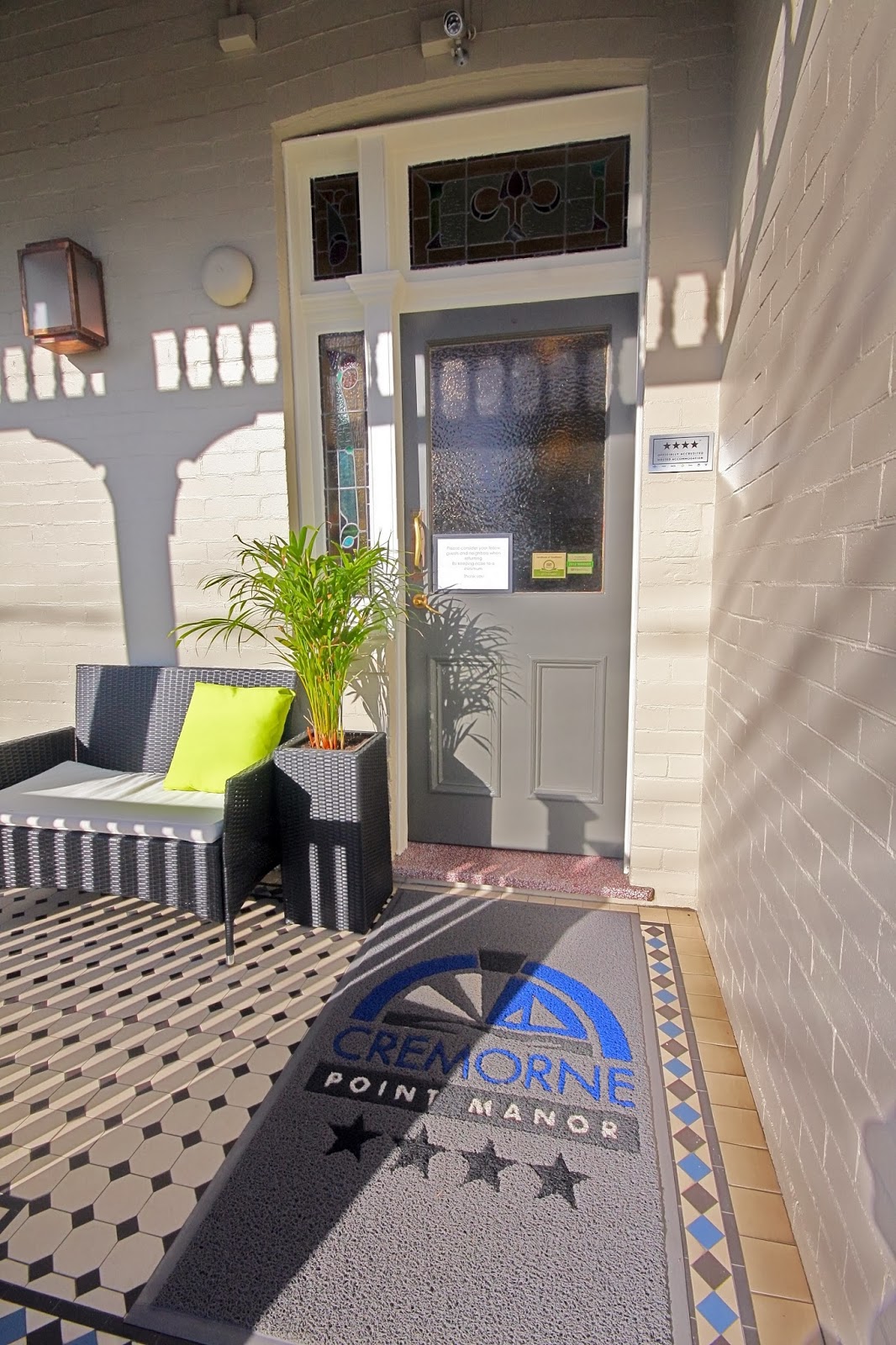 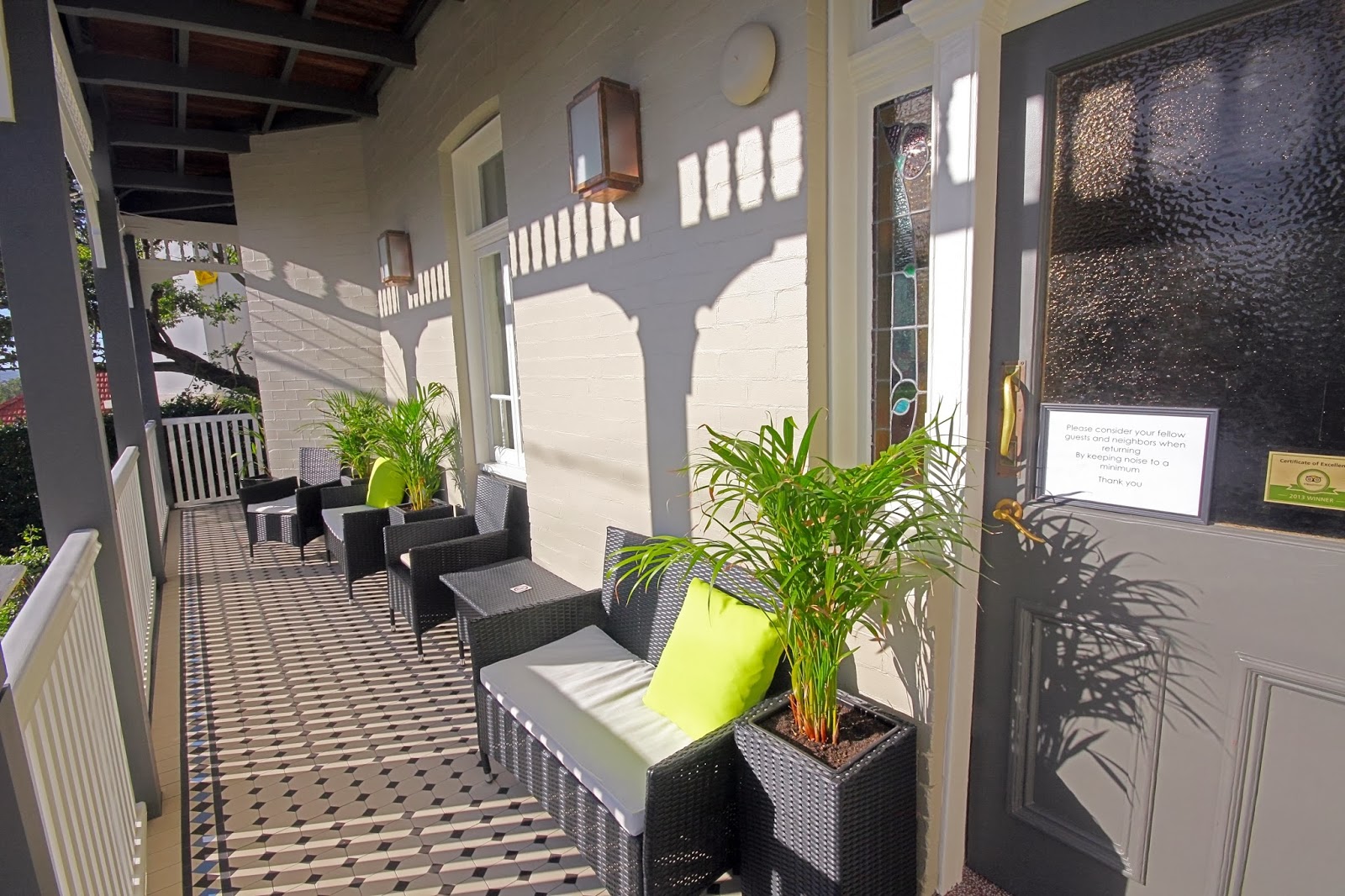 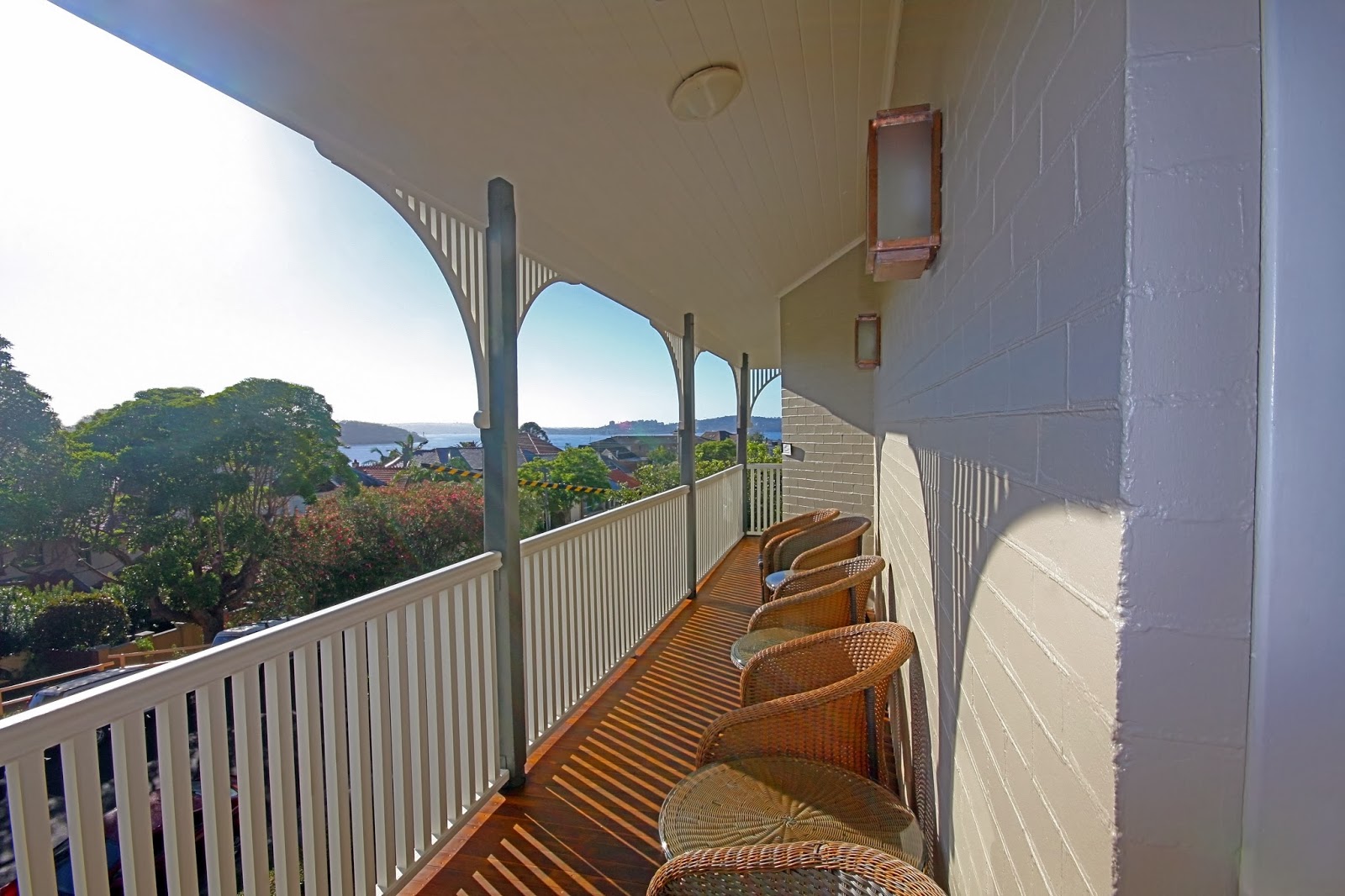 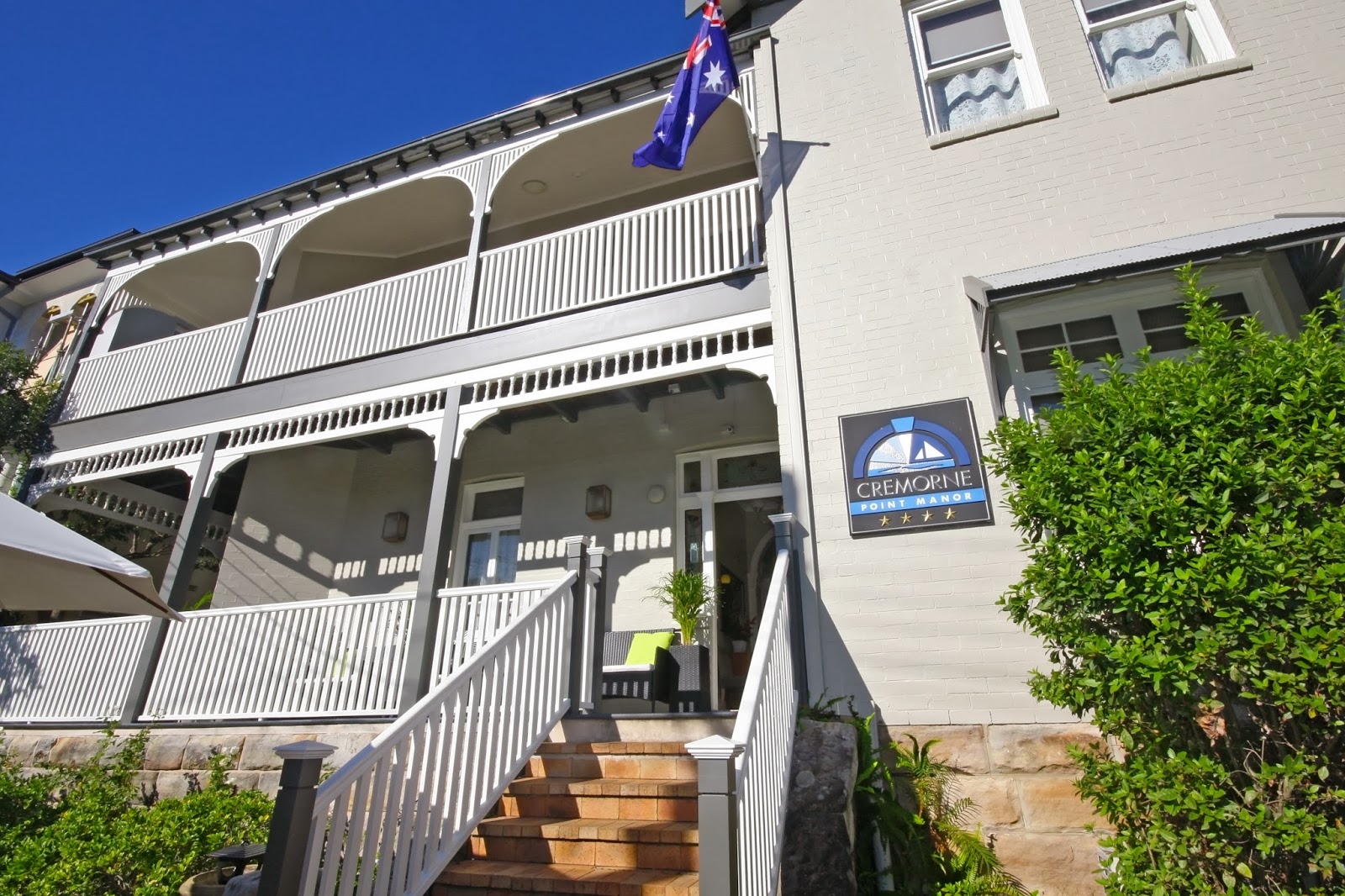 Valentines on a Budget in Sydney

With Valentine’s Day looming in a few weeks, there are some incredibly romantic and schmoozy things to do in Sydney.  Obviously a romantic hotel staycation is on the cards for locals and tourists alike. If you’re a local reading this blog post, instead of going out for a fancy dinner and balking at the credit card statement next month, buy some champagne and snacks and keep within your budget. You can go for an uber romantic walk around Sydney, then grab a ferry ride to Cremorne Point while you oogle over the city skyline for a few minutes. Head to Cremorne Point Manor and check yourselves in.


Then with champagne and snacks in tow, you’ll have a wonderfully romantic evening at the Manor and simply ferry ride back to the Harbour the next day. Simple, easy and oh so budget-friendly.


While you’re pottering around the city before your hotel stay, there are a few sights near the Harbour that you can take a spin towards.


You’ll see plenty of sailboats around the Harbour area along with a flurry of kayaks, swimmers and divers. Yes, there are divers at the Harbour!


The National Park includes most of the harbour islands including Fort Denison, Shark, Clark, Rodd, Goat and Cockatoo. Laughing at names aside, these islands have fantastic historical and cultural significances. Some of them are associated with Aboriginal history and others represent old Europe with forts and convict built structures.


Oh, and if you’re in the mood to see a few animals before or after your stay at Cremorne, pop over to Taronga Zoo. If you’re lucky, you’ll maybe hear the lions roar from your hotel room. True to a fact, the zoo is so close to the Manor that guests have many stories about hearing a multitude of squawks, roars and other noises that animals are famous for making (the mind boggles).


Get your romantic groove on and remember to book your hotel room early. 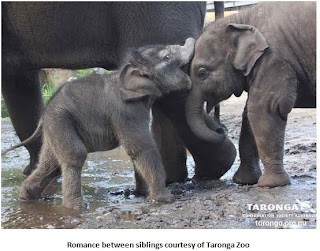 Posted by Mint Bridging at 4:39 PM No comments:

While we’re all trying to lose the holiday weight gain from extra everything on food plates galore, there a multitude of die-hard pro tennis players kick us all into shape at the APIA International Tennis Tournament.
From the 5th to 11th January, the APIA games begin with both mens and womens games at the impressive NSW Tennis Centre, attracting the top players from around the world.
Dating back to 1855, this is one of the oldest tournaments in the world so it’s worth a trip to Sydney and check out the games. Originally located at the Sydney Cricket ground for the first NSW Open, it then switched venues to Double Bay and then spending an incredible 76 years at White City. In 2000, the tournament moved once again to the impressive Sydney Olympic Park Tennis Center.
Only 25 minutes drive from Cremorne Point, you can enjoy the series of games, yell and whoop for your favourite player and instead of heading back to the downtown hub of traffic, just leisurely drive back to Cremorne Point.
Overlooking the harbour, it’s a win/win for everyone as you can enjoy watching the skyline from Cremorne Point.
Tickets are extremely popular for this tournament, so book in advance.  Also, remember that you’ll be watching the best of the world’s best go head to head on the court, followed by a few drinks at Cremorne and watching the sun set. If anything, you’ll lose holiday weight from adrenaline and cheering on the game, followed by an energetic walk around Cremorne afterwards. 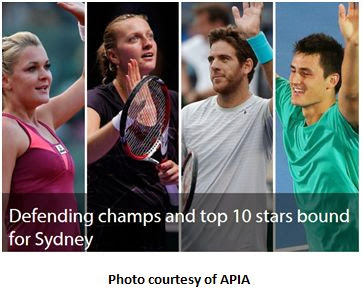 Posted by Mint Bridging at 12:27 AM No comments: